Blog - Latest News
You are here: Home / New Gen News / We know what they did last summer…… 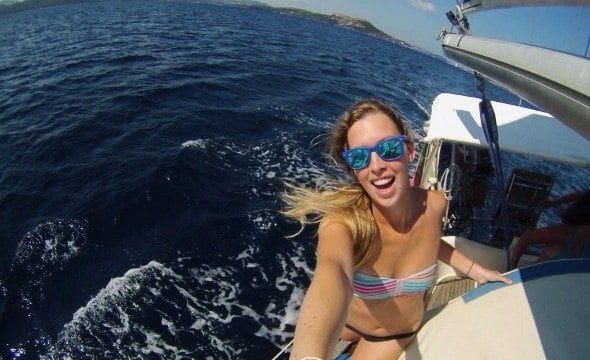 With all the excitement and madness that is the start of winter we’ve gone a little quiet on the blog of late. Skis waxed, staff trained and slopes open we are once again back to the land of the living. And just ahead of the opening of Meribel tomorrow we thought it opportune to bring you up to speed with what our merry Méribelites have been up to since the melting of the snow last spring.

Ever wondered what the Méribel team get up to when not cruising the slopes of the Three Valleys? Well wonder no more. Read on for a little insight into ‘Summer’ (Definition: that long period of time between ski seasons when nonstop hat wearing is frowned upon and MWS (mountain withdrawal syndrome) is a commonly diagnosed problem.)

As a highly trained horticultural extraordinaire and CEO of Lawn and Order Gardeners Ltd, Rich has spent the summer taming the wild garden of St Albans, along with fierce hound Izzy. In between his gardening endeavours, Rich could be found embracing his inner hippy at Glastonbury and riding pillion on fellow New Genner Marco’s Harley in Italia.

Adrenaline junkie Marco, traded in his skis at the end of the season for the equally glamorous world of powerboat racing, which has seen him travel the world with H20 Racing, organising competitions. Milan, Ibiza, China, NYC, Chile, Qatar; the list goes on but we are too jealous to continue. When not globetrotting, Marco spent his summer tarting up his new Three Valleys pad…housewarming invite anyone? 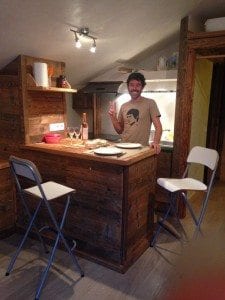 Marco in his new humble abode

Lewis has spent the last two summers in Australia for the off-season.  And he is adamant that contrary to popular belief, the skiing in Oz is actually pretty good! This year he took more of an active role in both race and instructor training which was a nice change and a bit of variety compared to working purely in the ski school. On the way back this year he spent a bit more time chilling out and having a look around Sydney. Lewis loves skiing all year round but did enjoy a couple of weeks seeing family and friends in between seasons in Scotland before heading back out to the snow.  Apparently autumn in Pitlochry is pretty amazing and offered a great opportunity to get the bike out and go for a spin. 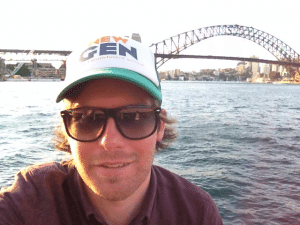 The first of our two shiny new instructors, Emily has spent her summer building up her culinary expertise by working in her parents’ restaurant in her home town of Sauze d’Oulx, Italy. We in the office are very much hoping to sample the yummy Italian tiramisù, profiteroles and peach crumble she has been perfecting over the last few months. After a summer of cooking up a storm, Emily sailed away to Sardinia for some well deserved R&R before coming to join us in Meribel. 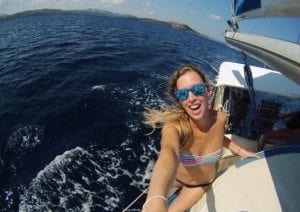 Our second New Gen Newbie, Ale, has spent some of his summer cruising around Thailand, which has made extracting some photos from him something of a challenge. He has, however, shared a couple from his previous summer of fun in Australia, which he spent instructing skiing and getting friendly with the locals. 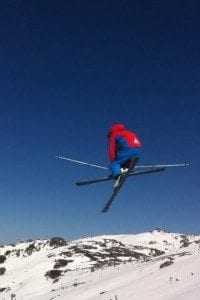 Ale getting some air

Our Sales Team Leader, and chief social butterfly, Katy has had a New Gen filled summer after joining the team full time. She’s also managed to keep MWS at bay by hanging around Meribel during many of the snow free months. Katy migrated to the warmer climes of Bali for a month of frivolity. According to Katy, the highlights of her trip were“super speed water sliding” at Waterbom, Bali’s answer to an underwater Disneyland, and ”white water rafting around the Monkey forest of Ubud” – the lucky thing! Jealous, us? 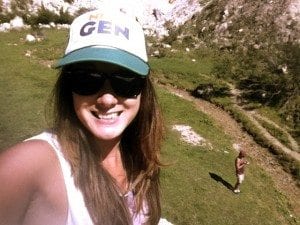 We’re excited too to welcome Lucy and Jess to the off hill team this year. They’ll be the shiny happy people helping behind the scenes to ensure your holiday is smooth and enjoyable. Give them a wave if you pass our shop in Méribel!

Here’s to another exciting winter ahead! See you on the slopes…..