The little known Swiss ski resort of Villars is less well known than its flashier neighbours such as Verbier, Gstaad and Zermatt. Probably because holiday makers, residents and seasonal staff want to keep it this way! Villars is so much more than a ski resort; it’s a community in its own right with 3 world class schools creating an environment of inspirational education in a simply stunning setting. And let’s not forget the glacier on the other side of the mountain (open year round) and the quite frankly incredible skiing opportunities here either. 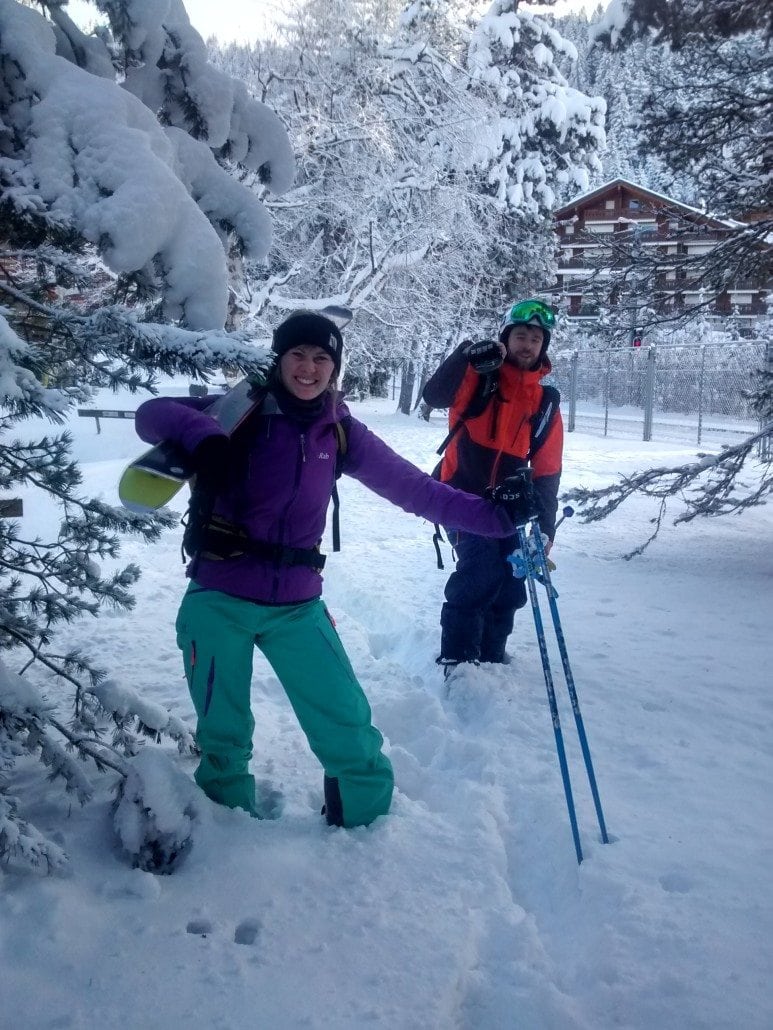 If you’re happy on reds then there are some fabulous runs around the Bretaye area as well as lovely ‘cruisey’ blues down to Villars and with big open pitches at a gentle gradient. You can also try your hand at off piste for the first time in a panoramic setting. There are plenty of chair lifts, but drag lifts are the order of the day which means you can cover lots of ground and queues move fast. Bonus.

Where to stay in Villars

The centre of Villars is given over to some world class hotels and private chalets. For something a bit more low key, try Gryon which is just around the corner and connected to the main ski area by the Barboleuse – Les Chaux bubble, and then La Verneyre chair.

Where to eat in Villars

You can’t beat the Cookie bar either in town for snacks and hot chocs, or up at Bretaye for all day refuelling at an incredibly reasonable price. Our first choice of restaurant on the slope is Hotel du Lac, great food and a great location. If you’re after some more traditional Swiss fayre try Vieux-Villars which does a mean fondue or tartare. 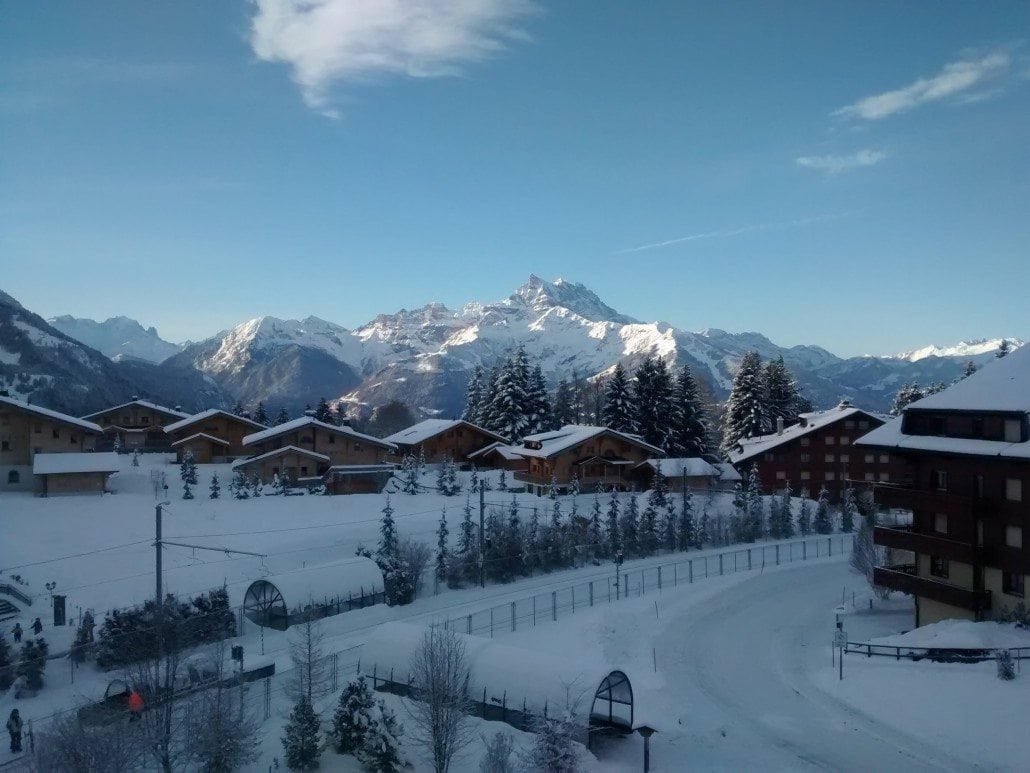 The view from our bedroom window. A stunning backdrop in a quintessential chocolate box resort

Pick of the pistes

Laouissalet, the red which wriggles down the side of the Col de la Croix is a speedy run for putting in popping turns, or the rolling Col de Soud which runs between Bretaye and Villars. And if you fancy headng further afield, the Reusch run by the Col du Pillon is worth the trip.

The itinerary between La Verneyre and La Plane is a fantastic run. It’s often untracked for a couple of days after snowfall and you can use the chair at the bottom to do laps through the trees. Otherwise we like popping off the side of the Col de Soud. Make sure you hang a left to Roches Grises though otherwise you’ll end up in Gryon! 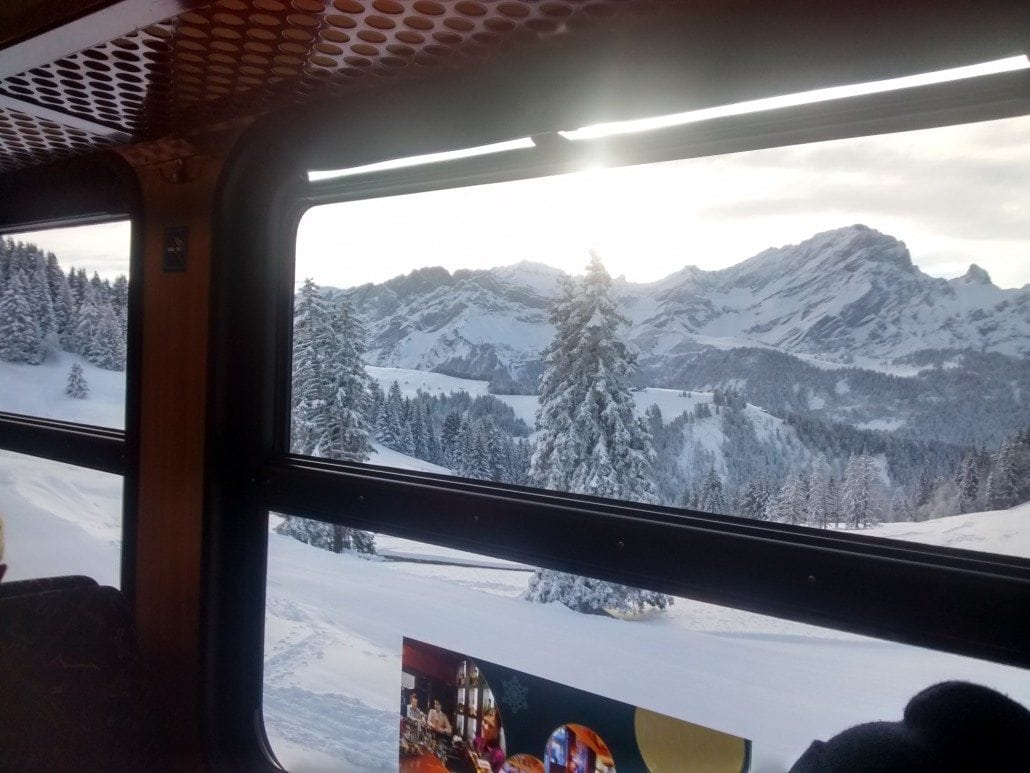 A step back in time. Taking the train up the mountain!

If you can, treat yourself to a stay at Hotel du Lac. It’s set in the middle of the piste at Bretaye, so it’s not really a secret… but the hotel has recently been renovated from a 50 bed hostel to luxury 8 bed chalet by Victoria and Robert Browning. It is in the most stunning location, and after 5pm the lifts shut and the only way around is by skido. We love waking up before anyone else, and getting the first tracks down to Villars and then the first train back up to Bretaye. This is a very special place.

Learning to ski in Villars

If you’re heading to Villars this winter and are either starting out or keen to polish technique then check out our Villars Ski School team.

After the lifts close

Check out the interschools ice hockey competitions in Villars. You can also go ice skating, bowling or to the cinema for some films in French.

So the scores on the doors for Villars are…..

But that’s just our opinion. Let us know what you think in the comments below. And share the wealth. And if you’re considering other Swiss resorts then why not read out Verbier resort guide. 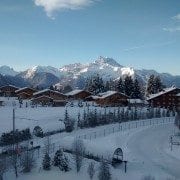 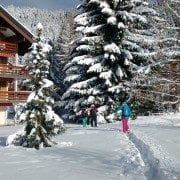 An Insider's Guide to Skiing Villars 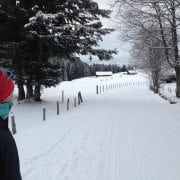 Our Favourite Spots in Villars 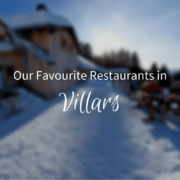 Villars Restaurants: Our Pick of the Bunch 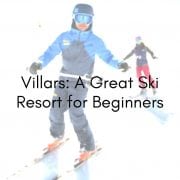