Blog - Latest News
You are here: Home / Snow Reports / Snow Conditions in the Alps: What’s it really like?

No snow all of December.

There are articles all over the internet with dreadful write ups about the state of the Alps, and how we’ve barely had a sprinkling of snow in the past month. All these dooms-day articles are getting people worried about their holiday and the conditions, and rightfully so. But the majority of people who have come out thus far have been pleasantly surprised. It’s not actually as bad as the Daily Mail made it out to be, and you can indeed ski all around the resorts. 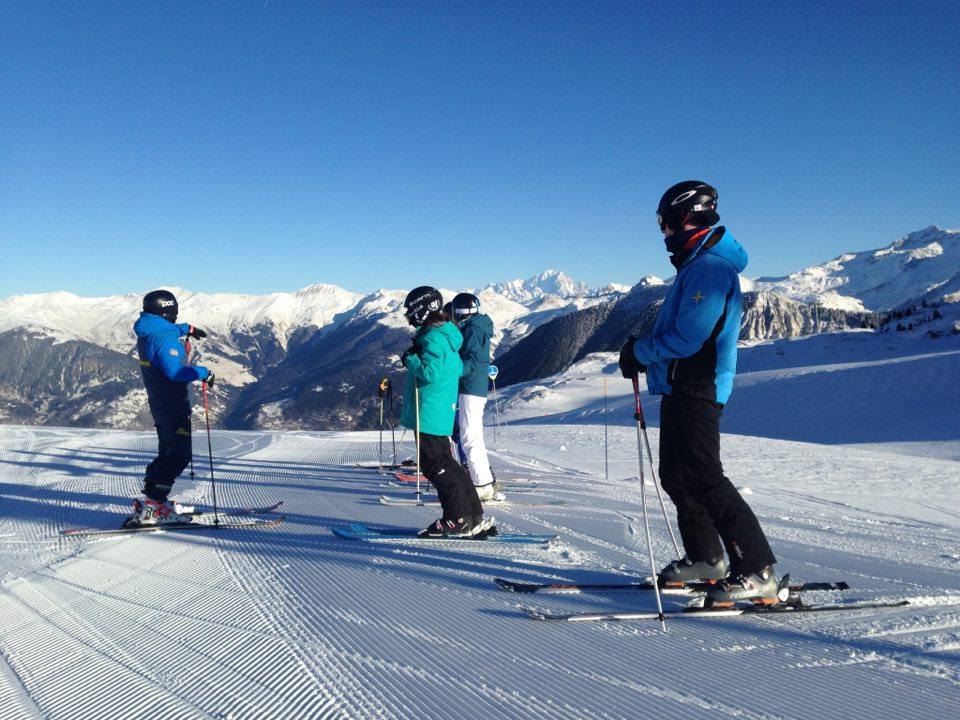 Current Snow Conditions in the Alps

Let’s get real, if you’ve been looking out into the valley whilst skiing in resort, you weren’t seeing stunning snow-capped mountains and trees heavy with white stuff on their branches. But when you’re skiing on the hill, most holidaymakers have been pleasantly surprised once they arrive in resort and realise it is totally skiable. The snow conditions in the Alps according to us, the guys on the ground:

Things that have played in our favour

Around Courchevel & La Tania they have seemed to use the artificial snow a bit more wisely than in the past. In previous years they have made a ton of snow and spread it all around resort, opening a number of pistes which would quickly turn brown and rocky. This year they seem to have a different approach, where in they are opening less pistes at once, but putting more snow onto the ones that are opening, leaving them in much better condition that previous years. So you know if you are skiing down Biollay or Folyeres that they have packed layers and layers of snow onto those runs, which will stay there well until April.

Over in Méribel, the piesteurs have been doing a sterling job every night of looking after the pistes and are even opening new pistes all the time. Just last week the Lapin piste which runs down into Méribel village was opened and is as lovely and cruisy as ever. Though it does get icy at the end of the day – watch out! There are still plenty of trails open and lots to enjoy here in Méribel, but if you fancy getting even higher, we are the ideal access point to pop into Val Thorens or to Courchevel.

There’s been a few dustings of snow over the last week which has vastly improved the pistes and they are much better than they were over New Year’s week – with lots more forecast for the rest of the week! So for the early risers there is some beautiful skiing to be had. Possibly one of the nicest runs at the moment is Altiport – good snow – so good for beginners. 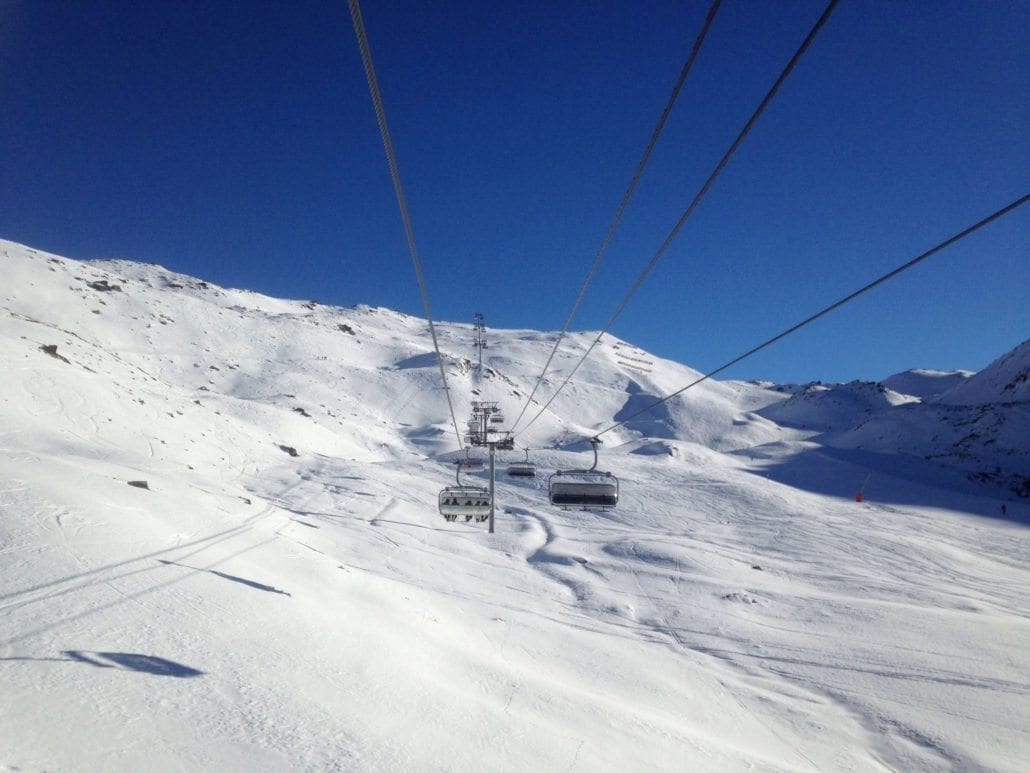 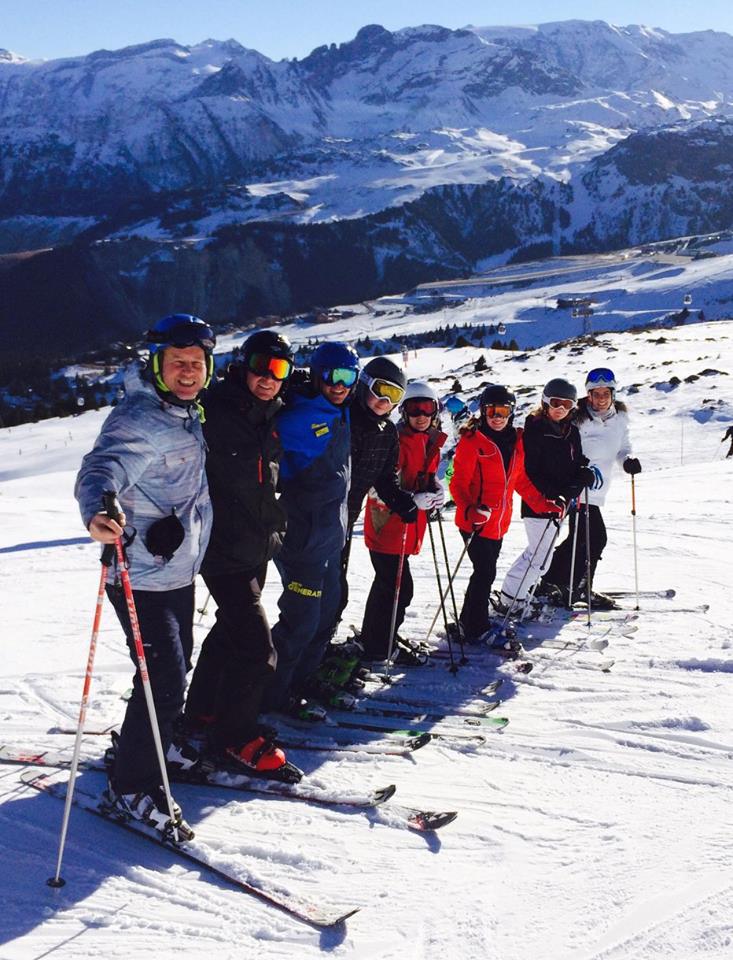 Ettore’s group enjoying their day out in Courchevel.

Espace Killy benefits from it’s high altitude, so they don’t have to worry too much about snow fall there. It’s currently snowing now and we’ve been up first thing. The snow is really great again, pretty much everywhere! So we thought we’d show you what we’ve been getting up to.

Firstly here’s some pictures of Rich Murray and his clients who went off ski touring recently and found some good snow to ski in Val d’Isère. 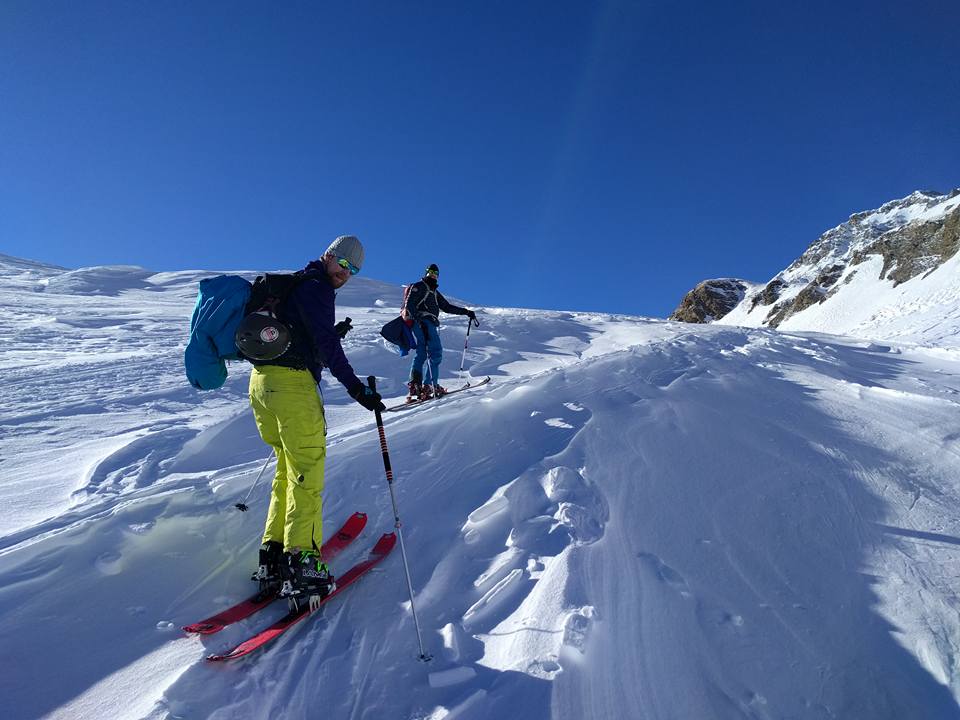 Then we have some pictures of two of our instructors Julien and Jerome enjoying the sunny weather we had in the park preparing for the seasonnaire lessons we are running this week for intro to freestyle. 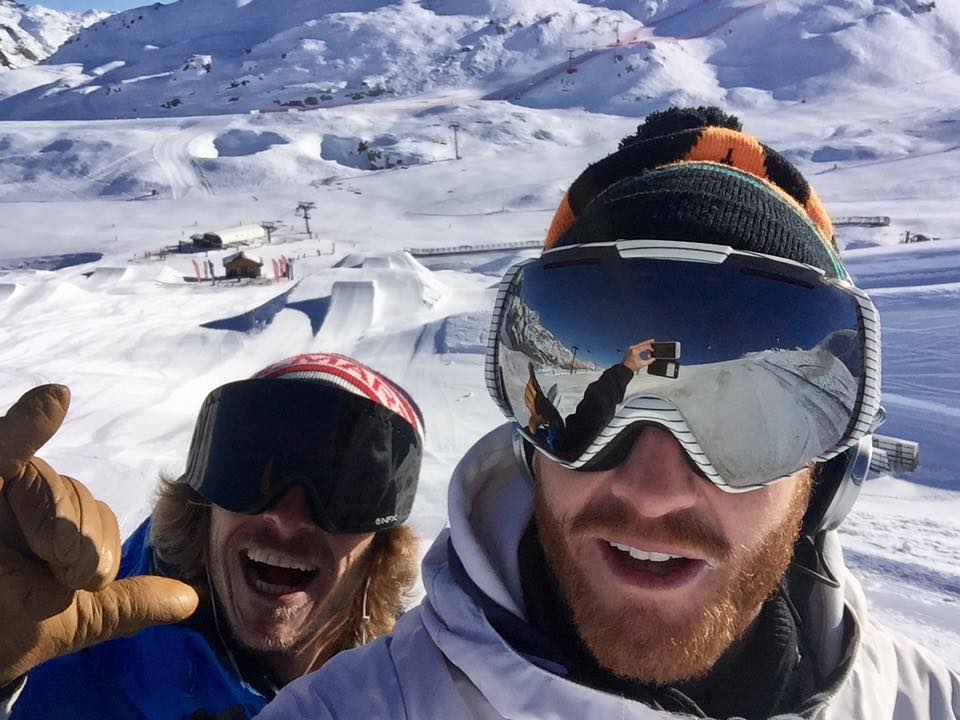 Lastly is a shot from yesterday morning at the top of the Grand Motte. Up here the snow has been amazing for the last week after we had a little top up. 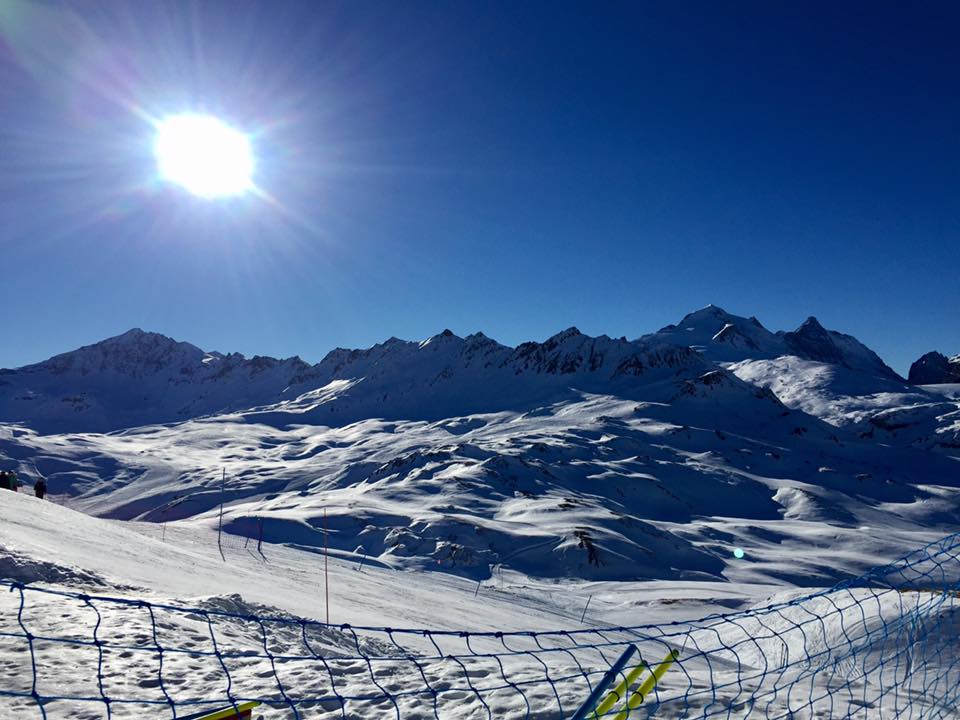 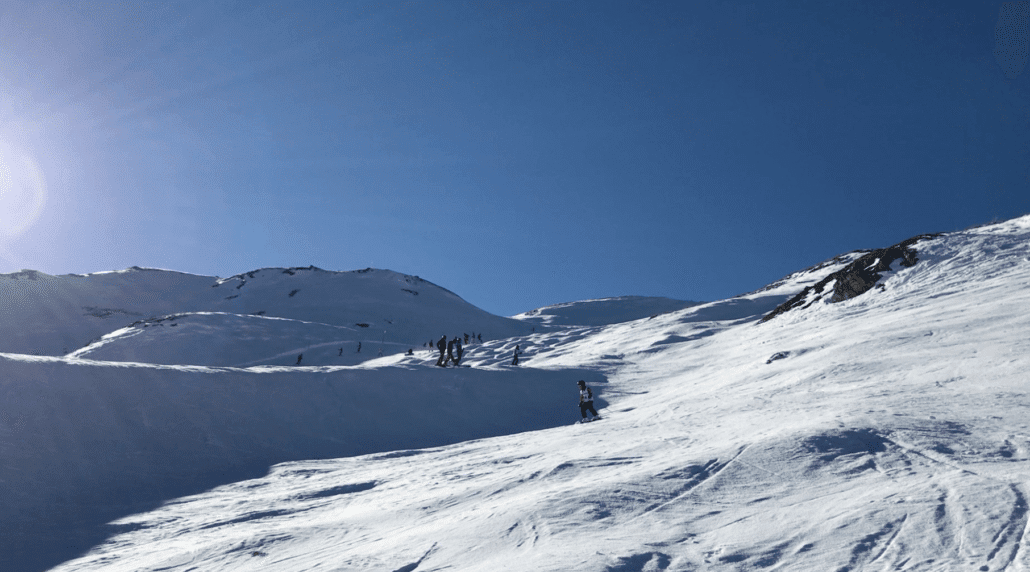 Why should we ramble on about the conditions in Morzine when you can just have a look yourself?

Villars pisters have done a fantastic job making use of the snow we have and as we speak are working on the fresh snow to open the link across to Gryon. Currently the major runs of Villars are open and the conditions – although a little busy over peak weeks – are great.

Villars has seen heavy investment (we are talking millions of Francs) over the past decade on snow cannons. Nearly every pieste in Villars/Gryon has snow cannons. Villars is also a year round resort so in the face of a snow shortage it takes it in its stride with weekly golf tournaments and the Gryon bubble remaining open for mountain bike … there really is something for everyone to do. 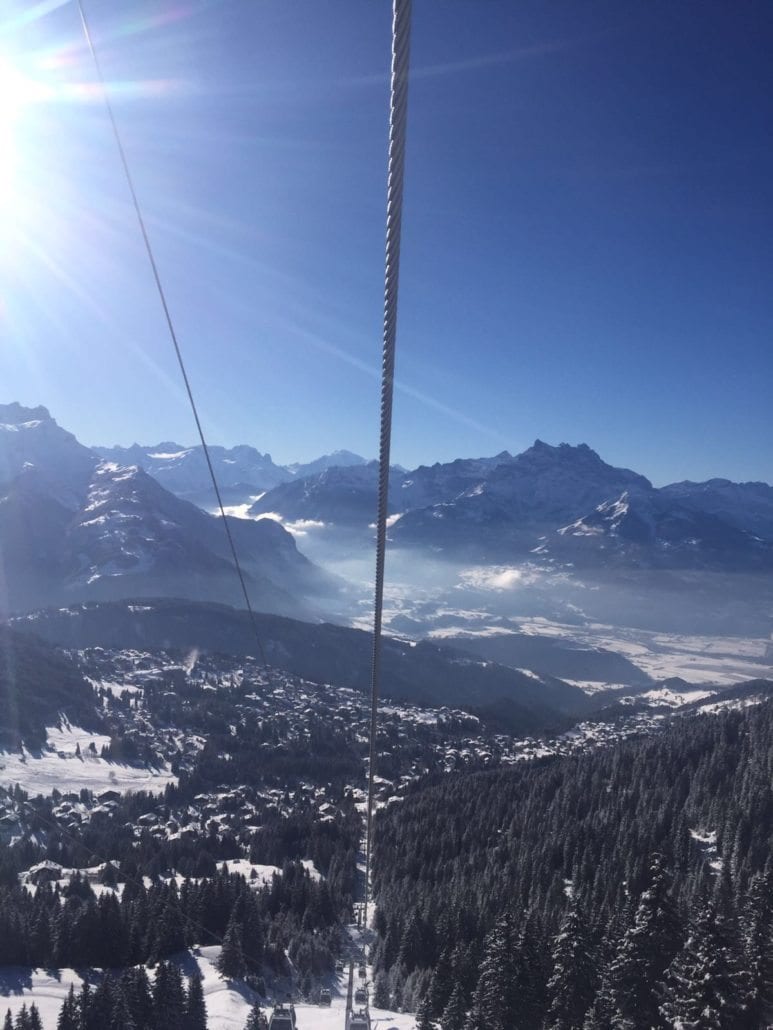 The best news is, the snow has already started to fall, and is predicted to come again later in the week as well! January indeed will turn out to be a snowy, quiet time on the slopes, and the best time to get away for a cheeky one. So forget about those dreadful articles you’ve read and come and see for yourself.

Come and play with us!