Situated within the Three Valleys, and in easy reaching distance from Méribel and beyond, Courchevel 1850 (or just Courchevel as it’s now been renamed) provides access to the world’s largest ski area. Courchevel 1850 is one of five villages that make up the resort of Courchevel. The others are Courchevel 1650 (Moriond), Courchevel 1550 (Courchevel Village), Le Praz and La Tania.

Courchevel is one of the premier French ski resorts, popular with holidaymakers from around the globe. Courchevel 1850 itself has become known as the playground for the rich and famous and has become increasingly popular with Russians in recent years. As such is an amazing place for people watching and to spoil yourself. With an impressive 12 Michelin stars, it’s a firm foodies favourite. And there’s enough fur in 1850 to cloth a small nation and handbags dogs aplenty. Plus, if you keep your eyes peeled you might spot a familiar face with the Beckhams or Will and Kate, among other famous fans of the resort.  All these things aside, Courchevel 1850 is ideally placed with excellent links to the Three Valleys for you to get out, explore and make the most of your holiday.

Find the lesson that suits you at our Courchevel 1850 Ski School. 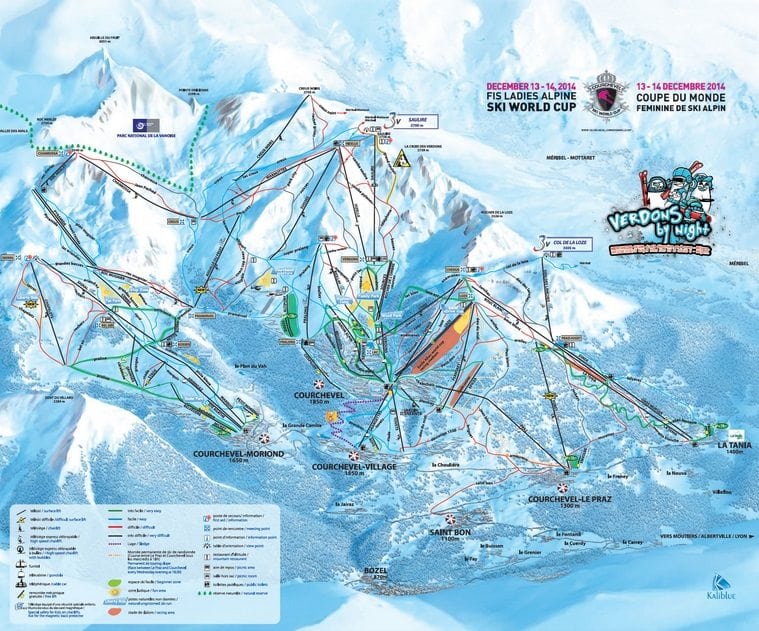 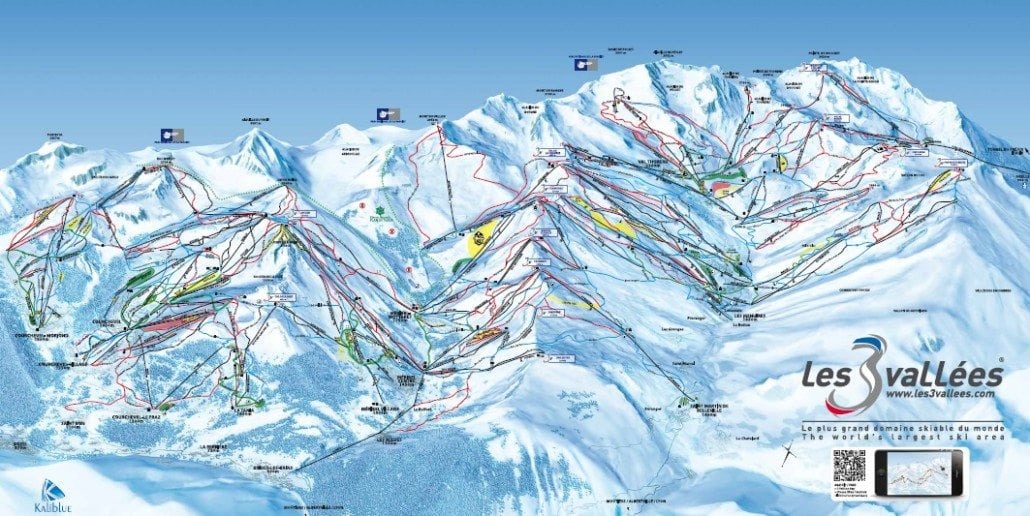 Click on the images for high res downloadable piste maps of Courchevel and The Three Valleys. 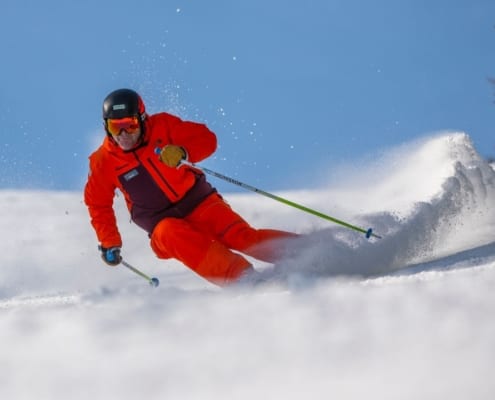 Well, where do we start?  The 3 Valleys boasts 8 different resorts linked by 1 ski pass, with over 600km of pistes & some of the highest resorts in the Alps. Yep. Take in all those stats. There really is so much epic skiing in the 3 Valleys. Whether… 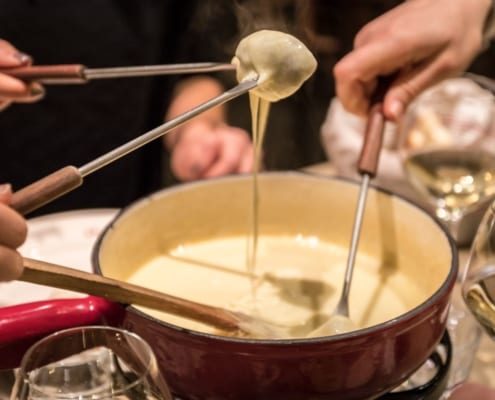 With so many mountain restaurants to choose from in the Three Valleys, we’re spoilt for choice. It’s easy to ski around aimlessly and pop into the nearest restaurant whenever you feel the energy levels start to drop, but at Ski Talini we’re… 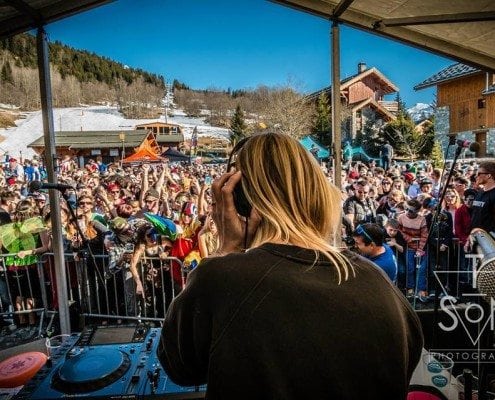 The season is starting to wind down here in the Alps, and that means it's time to celebrate. The sun is out and everyone is ready to enjoy the end of the season with some parties and events. These are not to be missed! Ski Resort Spring…

The best ski runs in Courchevel 1850 – our pick of the bunch.

Courchevel is part of the world’s largest ski area known as the Three Valleys. There are 150km of runs in Courchevel alone and once you add in those in neighbouring Meribel, Val Thorens, Les Menuires and St Martin you have over 600km of pistes to ski. More than enough to keep you going for a winter, let alone a week’s holiday! As well as the variety of pisted runs on offer there are a number of snow parks to explore and avalanche safety camps to test your skills, as well as some incredible off piste to keep the biggest powder hounds grinning all week.

Want to know where can you get ski or snowboard hire in Courcheel 1850?

We recommend getting your ski hire with Ski Set in Courchevel 1850. They offer great quality and a large selection of skis, provide an easy way to book online and best yet – you get an exclusive New Gen discount when you book through our website. Book your ski or snowboard hire in advance via the button below.

Courchevel is well renowned as a foodies paradise and rightly so. With 12 Michelin stars to its name and options to suit all budgets, there’s something for everyone. You just need to know where to look!

Cheap eats are admittedly a little harder to come by in 1850. However…

Courchevel has some flashy nightlife if you’re looking for a big night out, but you can find some more low key places to have a drink as well.

A bit of history

During the 1930’s the French government were looking for a spot to build a super ski resort in order to compete with those in Switzerland. But with the war, things were postponed. In 1943, Laurent Chappis had the idea to build a ski resort here and link St Bon (the original center of the area) with the Les Allues valley (Meribel) and Belleville (Les Menuires and Val Thorens).

St Bon already had a small tourist industry, with Hotel Lac Bleu (which still stands today) opened in the summer of 1908 and for a winter season in 1925. There were a few extra keen skiers back in those days who had to hike up to get a run down.

In 1946 they started building a road through St Bon and up the mountain and the first lift which is present day Tovets from 1550 to 1850. Chappis wanted the resort to have separate spaces for luxury hotels, modest priced hotels, and individual chalets. Although today they have all transformed into high end prices. He also wanted to preserve the Jardin Alpin area by places strict rules for building such as no building could be higher than the trees and all residences must be ski in, ski out. He intended to build the resort around nature and leave the land as it was rather than bulldozing it

The Courchevel name was the original name of what is now Courchevel 1550. Thus requiring the villages to be named by elevation. Although Courchevel 1850 only sits at 1747m…they merely named it 1850 to compete with Val d’Isere which stood at 1800m!

In 1964 they three Courchevel villages decided to come together and operate as one unit, with the control being with the council of St Bon – as it still is today. By 1973 the whole of the three valleys was linked, and still remains the largest connected ski area in the world. 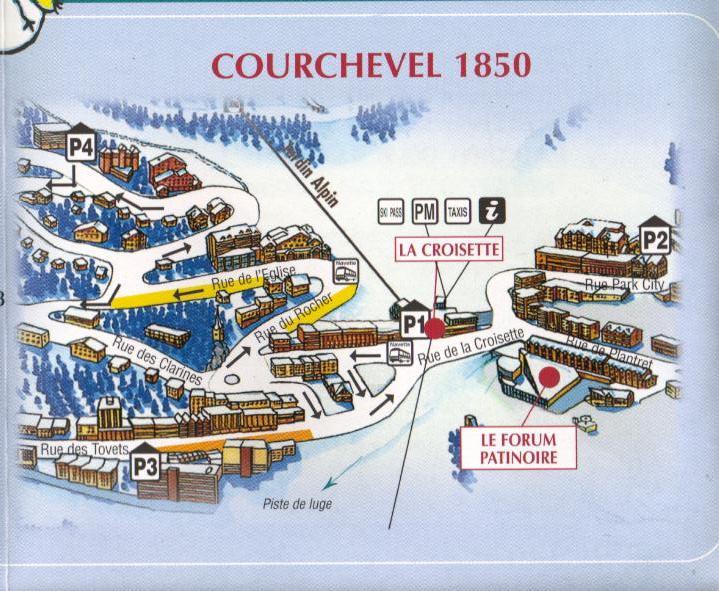 How can I get to resort?

If you’re arriving by air then you’ll probably fly into either Grenoble, Lyon or Geneva. The following transfer companies offer airport transfers, either private or sometimes shared:

There are buses from the airport but you will need to change at Moutiers and they’re not cheap so if there is a few of you it often cheaper to share a transfer.

The train is the cheapest option from the airports but again this will involve several changes and the trains are somewhat infrequent.

It’s about a 9hr drive once in France to reach Courchevel. The benefits of driving are no luggage restrictions and the option of an extra day skiing during a week’s holiday but the tolls can be quite pricey on the motorways so something to consider.

The Eurostar offers overnight trains direct from London St Pancras to Moutiers (about 25mins from Courchevel, at the foot of the mountain). If you don’t mind overnight travel and can sleep on trains (or are willing to forego sleep) then this can be one of the cheapest and most convenient ways to reach the Alps. Plus, no extra charge for ski carriage. You just need to be able to carry all you can bring…..

Where can I stay in resort?

Here are some of our favourite tour operators in resort:

Scott Dunn
Holidays without compromise. Chalets at the ‘higher’ end of the market

Inghams
The famous tour operator with affordable options in Courchevel 1850.

Mountain Heaven
Three lovely chalets located in Le Praz (Courchevel) with easy access to the bubble up to Courchevel 1850.

How easy is is to get around Courchevel?

There is a regular free bus service in Courchevel which links all the villages. You can get from Courchevel 1850 to 1650 every 10mins during the day and buses run down to 1550 and Le Praz every 30mins. Bus timetables are displayed at each bus stop. And buses run until about 1.30am.

Where can I find more information about Courchevel?

If you’re looking for more information about resort including what’s on during your stay, then try one of the following websites:

3V Guide
Great magazine site managed and written by Three Valleys locals with insider tips and hints on where to ski, eat and drink, and lots more.

See Courchevel
A helpful site with regular event listings of what’s going on in resort, snow reports and more.

What shopping is available?

Carrefour Montagne – Located on your left as you’re driving into 1850.

Bakery – You’ll find Pain D’Atan bakery on the road up into the center.

The town is dotted with Ski Shops, furniture shops, clothing and more. If you want to take a peek into those high-end shops – I’m talking Louis Vuitton, Prada, Cartier – these shops are just at the foot off the slope.

If you’re looking for something a bit more reasonable, head into Le Forum. In there you’ll find a few more reasonable priced ski and snowboard shops as well as a backcountry-focused store, clothing shops, jewelry, and more.

What services are available in Courchevel 1850?

Doctors – Head to the main medical center, just as you come into the village it will be on your right.

Pharmacy – The pharmacy is located on the street to the right of La Croisette as you ski down.

What non-skiing activities are there in Courchevel?

Whether you’re a non-skier or have one in your party, or you’re looking for something to do when the weather draws in, there’s plenty of non-skiing activities to keep you entertained in Courchevel.

Spas – There are a handful of spas in various resorts in Courchevel, however, we recommend the Chabichou day pass for great value for money.

Guided snowshoe walks – Get off-the-beaten-track and discover the “real mountains” with Mark Tennent at Simply Savoie.

In Courchevel 1850 we recommend two companies who provide childcare options:

SnowBugs Child Care and Private Nanny Service
SnowBugs Nannies offer a high quality, friendly, trustworthy and professional private Nanny service in La Tania, entertaining your little ones in the comfort of your own accommodation during your winter holiday.

Check out what our Courchevel 1850 Ski School has on offer 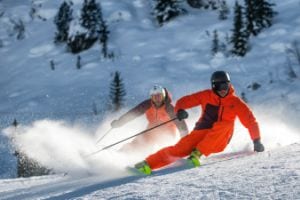 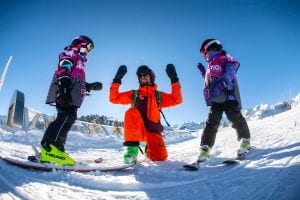 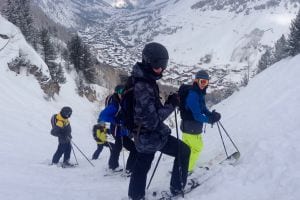 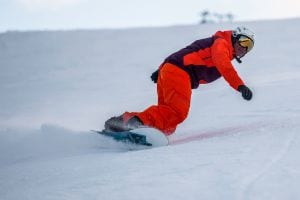 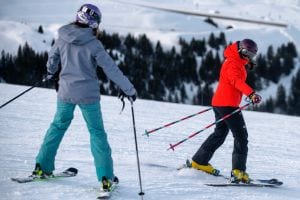 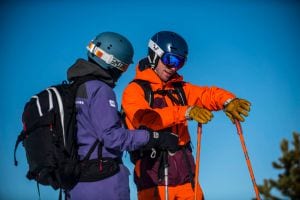 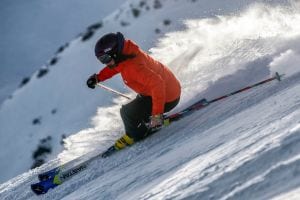 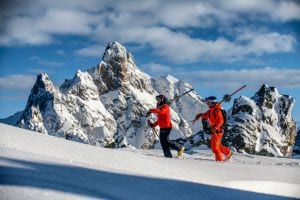 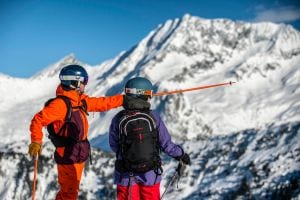